It may be rarely seen in clinical practice–Indeed, a New England Journal of Medicine review article from 2012 approximates it being the cause of death of just 1500 patients in the United States–but accidental hypothermia is a topic found in the Pulmonary/Critical Care sections of the material in the In-Training Exam, USMLE, ABIM and PANCE boards. [1]

Along with another rare condition (bear mauling), it’s a diagnosis experienced by the main character in the latest Leonardo DiCaprio film, The Revenant, directed by Alejandro Innaritu. Feel free to take a study break from your test preparation to view the trailer of this Golden Globe winner here. As long as you finish reading this post afterwards, you won’t feel guilty. 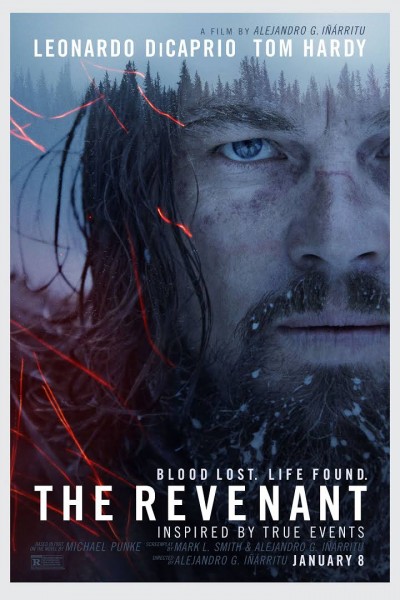 Who is typically affected by accidental hypothermia?

According to MKSAP 17, the textbook description of victims of accidental hypothermia is a “young outdoor enthusiast in cold climates.” [2] Whether or not you consider DiCaprio’s 41 years of age to be young, his character in The Revenant (fur-trader Hugh Glass) is certainly an outdoor enthusiast braving cold climates. Despite this relation, keep in mind that hypothermia can occur in any region and at any age, and many elderly individuals are especially susceptible.

Aside from advanced age, what are other risk factors?


How is Hypothermia classified?
Based on the temperature, in short.


What happens in each stage of Hypothermia?

When entering mild hypothermia, the body compensates cardiovascularly for the decrease in body temperature by increasing heart rate, blood pressure and respiratory rate. Shivering is a reflex to increase the body temperature. The mind remains alert but may experience poor judgment. 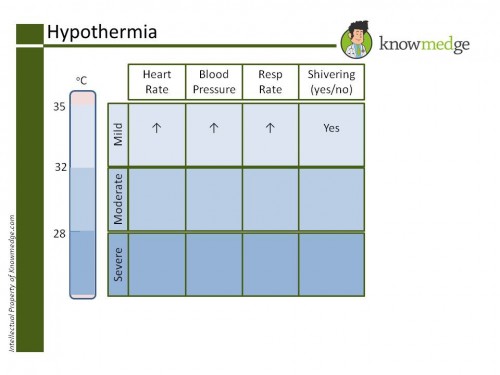 Progressing into moderate hypothermia, the heart rate, blood pressure, and respiratory rate all drop. There’s not enough energy to shiver and the body enters a somnolent state. Given the drop in cardiac output, renal perfusion is compromised and a drop in kidney function is noted. Supraventricular arrhythmias are detected on cardiac monitoring. 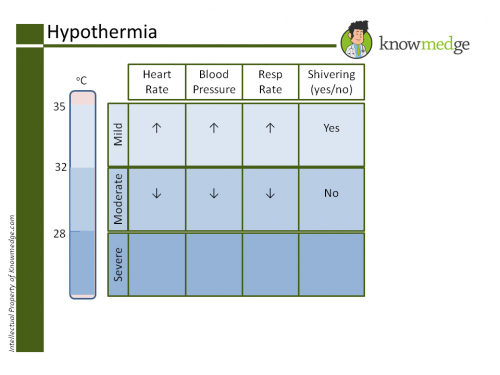 Osborn or J waves—which are positive deflections where the QRS complex meets the ST segment–may be seen in moderate hypothermia especially in the inferior and lateral leads. [3]

In severe hypothermia, patients become comatose with the development of asystole and apnea. Ventricular arrhythmias occur. 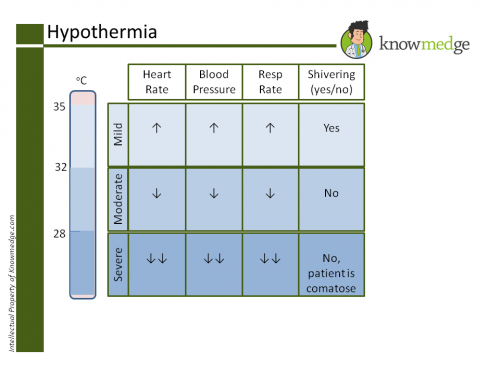 So how would Dicaprio have been managed if he made it to a hospital and the year was 2016, not 1823?

Management of hypothermia depends on the degree. 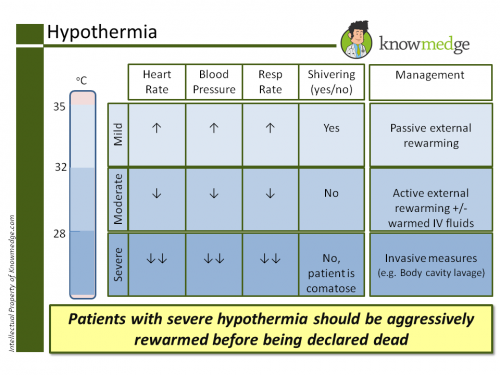 DiCaprio was in the moderate and severe stages of hypothermia at various times of the movie.


Lacking any of these interventions in the middle of a blizzard, (Spoiler alert!) Glass has to make do with removing the gut of his recently deceased horse, stripping off his own clothes and seeking refuge in the stomach of the horse to stay warm.

Don’t expect to find that as an answer choice. However, by reading the above post, you now know the important take-home points related to the diagnosis, signs/symptoms, and management of hypothermia, as tested on the In-Training Exam, USMLE, ABIM and PANCE boards.

[2] “Accidental hypothermia.” MKSAP 17. Published by the American College of Physicians. 2015.